Thomas M. Petersen grew up in Spokane, Washington. By the age of 16, Tom felt compelled to pursue a law career. Two years later, he secured a clerking job with a Spokane law firm. That same year, by the encouragement of his employer, he started Petersen Process Service, a one person legal processing and filing business. A year later, Tom enrolled in Eastern Washington University. He graduated in 1990 with a bachelors degree in Political Science. 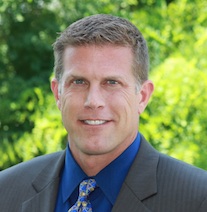 Today, Tom continues to further sharpen his skills by attending law seminars and networking with other members in the legal field. He was recently selected as one of the top 50 DUI attorneys in Nebraska based on trial skill, formal DUI training, jury trial experience as well as peer and client reviews.

Tom is in private practice in Omaha, Nebraska, and concentrates DUI defense litigation.

Tom is a member of the Nebraska State Bar, Nebraska Criminal Defense Attorneys Association, and the Omaha Bar Association.